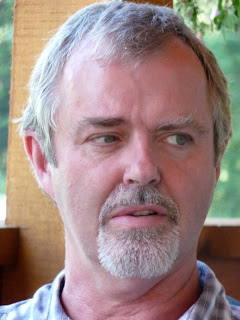 One of the joys of travelling with a trailer is a chance to scan the campgrounds to see what’s out there in terms of mobile accommodation, to see what other people travel with and how they have tailored the rigs to suits their needs.
But increasingly, a cruise around camp sites reveals that for a growing number of Canadians, campgrounds are becoming home, either year-round or before heading off to escape winter in the sunny south.
That’s a trend that Bryan and Micky Fleming have noticed, and they are moving to fill a need.
The change at Chemainus Garden Holiday Resort on Vancouver Island began in January, when the Flemings and their partners bought the 34-acre property, which has operated as a campground since the 1980s.
Since taking the reins, the new owners — Micky Fleming and three others — have established 35 sites for park model trailers, modular homes on wheels that sell for between $80,000 and $110,000 from VI Modular homes. Then, for $405 a month plus taxes, residents get a fully serviced site they can call home at the resort, just a short walk down the hill to Chemainus. Fleming said 20-year mortgages are available for the homes.
“There will still be RVs here, there will still be a campground component,” said Bryan Fleming, the park’s on-site general manager. “The initial plan was to squeeze 220 (park models) onto the site, but now it’s going to be more like 180 sites. We want to leave a little more room for amenities — storage for fifth wheels and boats, a work shop and maybe a clubhouse.”
Fleming said that while there are no age restrictions on who can buy into the resort, everyone who has shown an interest has been 45-plus. So far eight of the 35 existing sites have been spoken for.
“Pretty well everybody who has gotten into it is a snowbird,” Fleming said. “It’s just a question of whether they spend two or three months down south, or four or five. Some of them just want to downsize and travel more.”
Fleming also said he expects some interest this winter when the refugees from the Prairie winters start showing up in Vancouver Island.
“Winters are a lot easier here than where they come from and they don’t have to leave the country,” he said, a nod to a need for health care and the cost of insurance to travel outside our borders.
Fleming said the original house and gardens on the property were started by a Japanese family who owned the land in the 1930s. When that family was interned during the Second World War, the property at various times became a family home, a small farm and eventually a campground. Plans for the extensively renovated original home, which is now being used as a sales office, include a bistro with a deck overlooking an anticipated pool.
As well the site boasts a pavilion from Expo 86, a large facility with what Fleming calls a “community hall” kitchen and room for 110 at a sit-down dinner. The building, which Fleming thinks was the Swiss pavilion at the world exposition, ate into the group’s capital when some planned repairs turned into an entire new roof.
“We were going to start on the pool this year but the new roof changed that,” Fleming said with a shrug. But the garden has a lot of quite old and long-established plants, and a lot of rare ones too. We’re still finding things out there.”
Fleming said the group has been in touch with all the previous owners or their descendants, and that all have given the new project their blessings, something he recognizes is important in small, close-knit communities like Chemainus.
“We’re trying to hold onto the heritage stuff of the old days as well as plan for future expansion.”
He said the planned build-out for the property, a 10-minute walk from Chemainus, is three to five years.
The resort currently has a staff of seven or eight, he said, with no one except himself from further away than Duncan. His plan, he said, is to buy a park model and live in that while working. A transplant from Toronto, Fleming said he moved to Telegraph Cove in 1977 and met his wife there.
“We understand what’s like when someone ‘from away’ buys in and starts out saying, ‘That’s not how we do it in Toronto.’ We get along with and are part of the local community and we think that’s important.”
He said that discussions are underway with the local community to allow rights of passage over trails on the resort property — including access to the local golf club — for scooters, golf carts and walkers.
Posted by Vicki-Lynn and Ian Dutton at 1:26 PM