Shell of a town 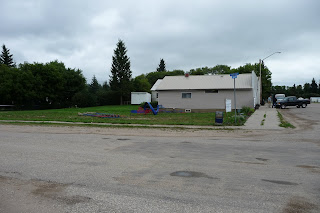 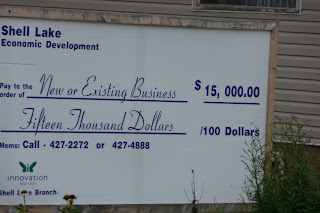 The grain elevator, a silent sentinel that used to stand above every prairie town, has gone.
The tracks, once-gleaming links to the broad world beyond and patrolled decades ago by Ian’s grandfather, are pitted and rusted, with weeds sprouting between the decaying ties.
The school, the last draw the community might have for young families, closed its doors in June for the final time.
Bars cage the windows of the Shell Lake General Store, and playground equipment, uprooted and idle, lies on the empty lot where the town’s poolroom once stood.
While Shell Lake may not be dead, at the very least it’s on life support, its sluggish and thready pulse stirred only by the grey-haired newcomers who have opted for the small Saskatchewan town to enjoy its well-tended golf course, an adjunct to the Memorial Lake Regional Park that angles off the main road into the town.
Anita Weiers, mayor of the town of 185, said five houses were built last year, a landmark year for the village that has seen most of its young families head off.
“That’s a big building year for us, but young people with families, there’s not much here to hold them,” Weiers said. “Last year the government said we had to build a new (sewage) lagoon, and water treatment. Where are we supposed to get $600,000?
“We tried a lottery and a few other things that didn’t work out too well so we just had to add a sewer levy to the taxes. The taxes are higher here than in the city of Saskatoon.
“The only people to come here are those who retire here to be near the golf course, and most of them go away in the winter.”
The community has offered incentives to businesses to relocate or open up in the town, and even offered lots in the village for $1.
“What can you do?” Weiers said with a shrug. “You just do what you can and keep on keeping on.”
The visit to Shell Lake was our first to the town where Ian’s dad was born back in 1914.
“I recognize the name, but I’m not an old-timer here,” she said. “We just moved here in 1976.”
Then she remounted her bicycle and headed off down the broad main road. Traffic was not an issue.
Posted by Vicki-Lynn and Ian Dutton at 12:39 PM